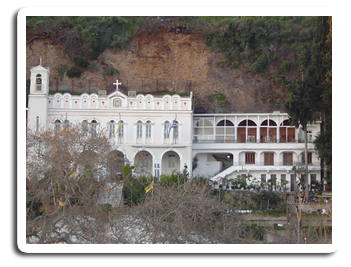 Aegion, on the western shores of the Gulf of Corinth is the capital of Aegialia province and the second largest city of Achaia.

It is a city rich in history and was the seat of the Achaian League. In the 14st century AD it had a noteworthy harbor involved with the export of currants and citrus. Excavations have revealed remains from the Mycenean and Classical periods.

Today Aegieon is a lively city with considerable commercial activity and opportunities for both modern and traditional entertainment. The Eliki Flower Festival takes place the last Sunday of June and the first Sunday of July and closes with a procession of flowered floats.

Noteworthy sights are the Cathedral the work of Schiller, the market, the Adoration of the Virgin of Tripiti which gathers crowds of the faithful each year and the Women’s Monastry of Pepeleni on the slopes of Mount Panachaikon. One of the most beloved destinations, not only of people from Aegion, is the holy Monastry of Taxarhon built at a flowered site in Selinounda in 1620 which has many relics. If one visits the monastry one should not miss trying the preserve made of rose petals.

The weather today. For a longer forecast click here.